Transponder Car Keys – A Unique Key for Your Car 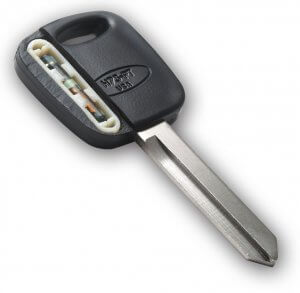 At the moment, in the Transponder Car Keys service, you can make a car key with a chip for almost any car in which there is an immobilizer. The experience and high qualifications of the Transponder Car Keys service masters will allow you to quickly make an additional key with a chip for a car. You do not have to spend your time and money on a trip to the dealer for an additional ignition key. Indeed, when the key (or keys) is lost, the dealer offers replacement of locks, electronic components, and new sets of keys. In the event of a complete loss of car keys, the automotive locksmith will undoubtedly help you in this situation. In the shortest possible time, we will open the car without damage, make the keys for the lock (optionally with a change in the security of the lock), write the electronic part of the key (if desired, with a flash of the immobilizer memory so that the old lost keys do not start the car). Car keys come in a set of 2 copies, but there are options with an additional service key, which does not have an electronic filling. It is intended for those cases when a car needs to be handed over to a car service for repair or maintenance, and allows you to start a car, but does not open the glove compartment and trunk. If you have only one key available, this puts you at unnecessary risk, and it is better to make a duplicate. Repair of car keys and works on their restoration, copying are included in the spectrum of our activities. Automotive locksmith provides services to restore the performance of immobilizers and the manufacture of car keys. This can be not only the creation of a duplicate, as a spare key, but also recovery in case of loss. To make a full duplicate, it is not enough just to cut the corresponding teeth on a blank. In addition, you must completely copy the electronic part. Most modern cars have an immobilizer circuit in the engine device. If it does not find the key microchip code match with the set parameters, then the engine will simply not start.

In addition, we can additionally offer services to restore engine operation after unsuccessful chip tuning and even make rewritable chips for the car. The chip can become a replacement for some access control cards, turnstiles, entrance locks, and so on. In addition to the manufacture and repair of car keys, Locksmith can restore key rings for car keys, changing both the body and only the pressed keys. They have in stock common types of cases, and if you have an atypical instance, They will try to get it as soon as possible.
Order Online
SAVE MONEY
Pricing Estimates